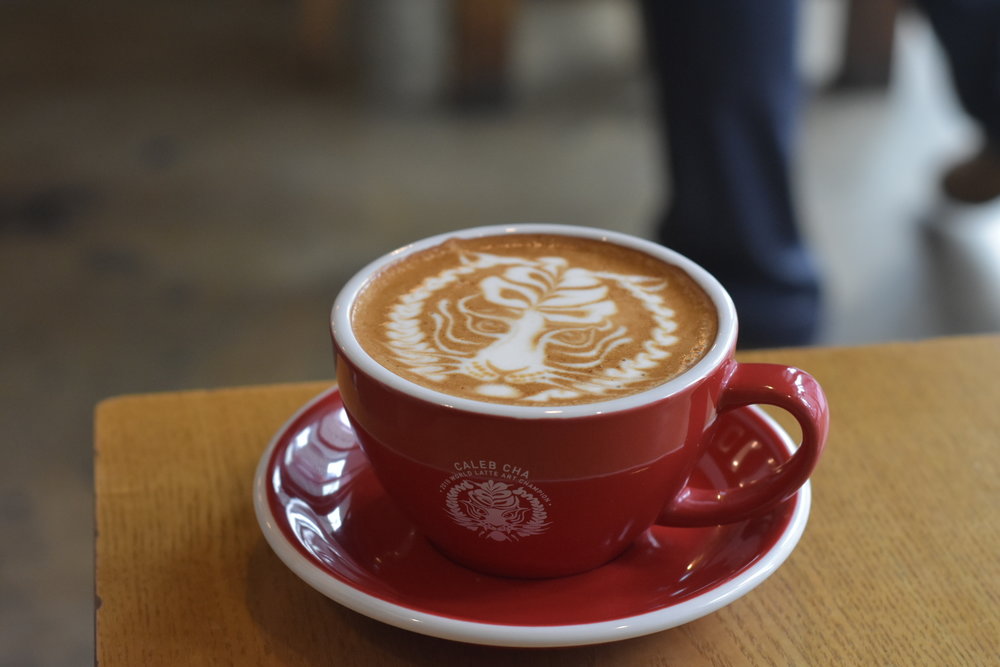 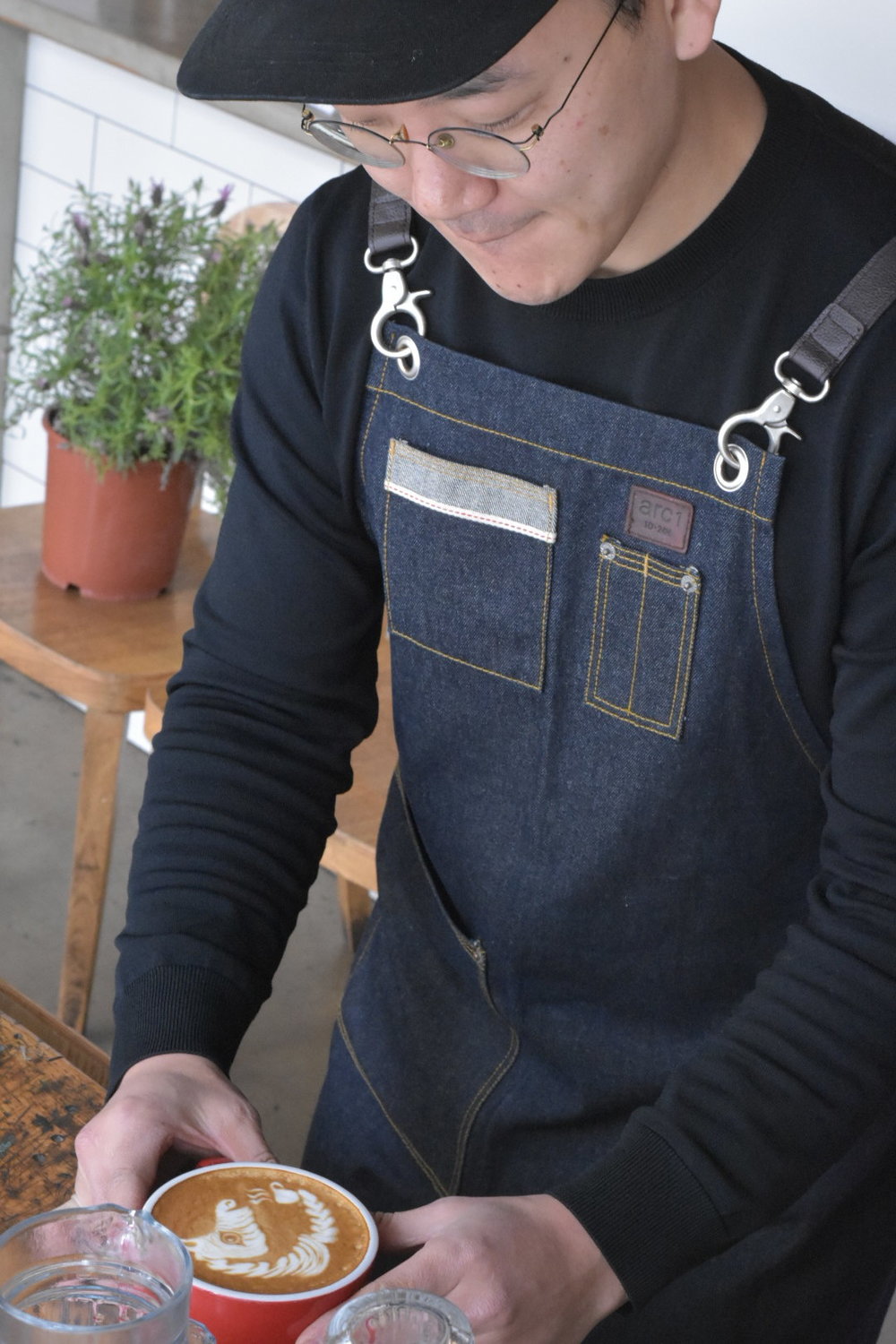 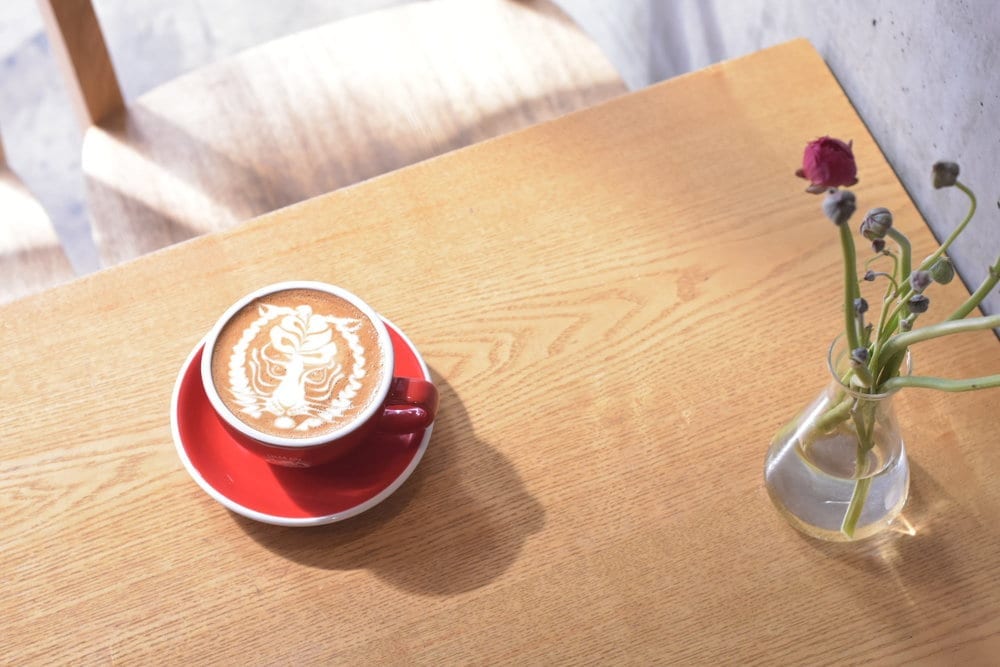 Eye of the Tiger; the rising of a coffee heavyweight…

Eye of the Tiger; the rising of a coffee heavyweight…

A few of you might not be familiar with Caleb’Tiger’ Cha, for those few, here’s a brief rundown…

Caleb moved to Australia from Korea in 2008 and worked his way up the ranks of various suburban Melbourne cafes ––from dishwasher to head barista. 6 years later he entered his first latte art competition. Coming second on his first attempt at the 2014 Victorian regionals, Caleb went on the following year to take out the national and world championship, winning the title of “World Latte Art Champion, 2015” for his original Zebra design.

Caleb’s present-day signature design is an intricate tiger face, which has not only garnered him recognition for its skill and creativity, but landed him his very familiar nickname, or nom- de-pour, Tiger.

I sat down for a (delightfully designed) Zest Corcavado flat white with Caleb at his newly opened city café, Tigerous Espresso. We had a chat about his foundations as a barista, what he learned along the way and how he reached the auspicious title of World Champion followed by his equally auspicious title, more recently, of ‘café owner.’

Caleb, you arrived in Melbourne from Korea in 2008. What was the coffee scene like here then?

To be honest, I have no idea, I knew nothing of the industry! I was green as. When I landed in Melbourne I’d never before drunk a coffee, I didn’t even speak English.

I had very few skills. I just needed a job, any job. So I started by applying to every Korean restaurant I could find. I was lucky enough to be given a chance in one to work as a waiter.

I used that first 6months in Melbourne to gain some skills as well as working on my English. Hospitality is a great space for this. My confidence grew and I realised I could do more with my time here.

And that’s when you discovered specialty coffee?

No way, I was still oblivious to specialty coffee. I was now drinking coffee but my regular order was a caramel macchiato with extra cream from…can I say it?

…so how did you get there, to making coffee?

I saw an ad in a magazine, it said, basically “Do you want to make learn English and work in a café?” Of course, learning English was my main goal, but I knew I wanted to upskill and create a more interesting path for myself, and the café scene in Melbourne was blooming. I was keen to be a part of it. So I applied for the course.

The entrance exam revealed my English was actually pretty good (all my practice had paid off!) So I just enrolled in the barista course. I use that term loosely; it was very basic and was not a lot of time spent refining skills.

But it did give me a taste for it. I was like, “ah, so that clicks in there and that makes that happen…” What that course did for me was open up my mind and raise questions. It gave me an interest in coffee.

Around the same time I also tasted my first great coffee and something in my head clicked, I was like, “That is seriously good.”

You got the hype?

Oh yeah, it was seriously good. I wanted more.

You have your basic barista skills now, a taste for great coffee and your language has improved – where to from there?

I started applying for café jobs. Everywhere. Because I had been practicing my English skills, and had a lot of experience working in hospitality, my confidence was higher this time and I wanted a job in a busy café.

And you got one?

I did! I started work at a café on Collins St, called Red Cup (that no longer exists), and was there for 6 months.

Yup, on the machine as junior barista. Pulling shots, alongside a very good barista called Sue. When I first walked in everything was awkward, the group handles were awkward, I was spilling every thing, I knew so little and was so nervous.

We were making around 600 coffees per day, it was VERY busy.

That’s a lot for a new barista, how did you manage that?

Sue taught me so much. I had one responsibility to begin with and that was extracting shots, so I just concentrated on that.

It’s important to any career isn’t it, to master the skills one by one, working your way up the chain as you become more confident.

Absolutely! So important. Like Kung Fu. While I was just pulling shots, I could master that, and then move on. And I did. Within 2 weeks I was Kung Fu master of shots!

And you don’t lose those foundations, once they’re practiced. So important. And then what? You started pouring, unveiling your latte art skills?

No way. I was no way ready for that.

Next was reading dockets. Sue helped me, teaching me the process of thinking 5 or 6 coffees ahead. Training your brain to think of the next 3 orders. English was still a new language for me, so remembering orders was more difficult because it was another language altogether.

For one month I would take the dockets home at night (they were handwritten on post it notes) and study them until I knew the shorthand orders back to front.

It was then I started thinking of the coffee orders in groups, and I could manage to drive the machine myself.

And then you started latte art?

Still no way, I was lucky if I could pour a heart when we were that busy. But I would look at some of the things Sue was doing and think, “Ah, yes, I see how that happens”, but no, it wasn’t important at that time. Just pouring good coffee was all that mattered.

Isn’t that always number one?

Would you advise budding latte artists to master the skill of making coffee in a commercial environment ––until it becomes second nature, before focusing too much on the art?

Yes. Customer service is still number one in a café. No one wants to see a barista that doesn’t have time or want to look up and smile every now and then, or who doesn’t have the skills to be flexible.

Again, like the Kung Fu master, don’t move up until you have mastered every skill along the chain.

So, now it’s 2009 and you consider yourself a trained barista, where to next?

I then traveled for a bit around Australia and when I returned I got a job in a very popular café chain (which I went on to manage years later.)

I worked the floor and the kitchen, food handling – I was an all-rounder.

Do you believe this experience on the other side of the machine helped you become a better barista?

Oh yes, for sure. Like I said, customer service is so important, developing those skills is as important as latte art.

Is this where you mastered latte art?

Yes, finally. I was working as a 3rd barista alongside the King and Queen of coffee.

Here I was introduced to specialty coffee. And it was a whole new world. I was expected to measure doses and weigh shots and understand things about coffee I had never thought of before.

Did this put you off?

Not at all. It frightened me a little but I had the foundations and felt confident to expand my learning. A new way of doing things.

I was also introduced to single origins and elements of different styles of roasting. I got to understanding flavour. I would try every single coffee. To the point I couldn’t sleep. But I was so excited by all the new knowledge.

Up until this point you had been using an intuitive way of dosing and extracting, how did you manage the new way of doing things?

It wasn’t easy, but it made sense the more I knew. And because I had the intuitive foundations, I was able to troubleshoot and remain calm when things went wrong.

It was also here that I learned how important consistency is.

Another reason to understand every link in the chain.

Oh, for sure. And it was now I was comfortable with all of the skills it took to make a good coffee and manage a heavy service I was able to look further into latte art. My colleagues were thankfully masters and taught me a lot.

I had a Queen one side and a King the other and I would practice and they would say to me,

Then I would try something else and they’d watch over my shoulder,

Right, got it. I would do this and tweak my style until it was always yes. And then I was ready.

Tell us about when you first entered a competition.

I never thought I was good enough. I just enjoyed doing it. It was years before I saw a champion’s entry, a triple rosetta, and I thought, “I can do that.”

What year was that?

2014 I entered the Victoria regionals. I came 2nd and had a chance to enter the Nationals, and I came 2nd in that also.

Pretty good for a first timer. And I suppose you knew what was missing now, so you were ready to tackle it again in 2015?

Yes. I knew what to expect and what they were asking for and I practiced and prepared myself for 2015.

Things like thinking about my tools; cups, jugs etc. I had to find a sponsor, source the tools and think of my designs.

And you went on to win?

Yes. I came 2nd in the regional, went through to win the National comp at MICE. Ah, I remember that day so fondly. A great day! And later that year competed and won the World Championship in Gothenburg, Sweden

And about that winning design, the Zebra, how did that come about?

I was playing around for days, turning the cup this way and that, until something familiar appeared. It was an armadillo. And I thought, “beautiful, it looks fantastic.” But it didn’t mean anything to me, an armadillo. I didn’t feel anything for it.

Not long after I saw the zebra, and felt much more connected to that story. So I developed it – and I won!

What were the other two designs?

For the free-pour, I developed my 2014 ‘Peacock’ design, adding wings. And for the macchiato, I did a design called “Love Triangle”, which had it’s own story to it.

So, you are a Kung Fu master of coffee, you became world champion, and now you have your own café to play in. What next for the Tiger?

There is always more to learn, something else to master. I will just wait until that next challenge appears. And meanwhile, pour consistently great coffee all the time!

Of course! I love Zest coffee. When I opened Tigerous, I didn’t even question it. Zest all the way!

You can enjoy one of the Champ’s world-famous coffee’s at his Queen St, Melbourne cafe, Tigerous. Caleb is there Monday- to Saturday slinging Zest Corcavado (milk) and Zest CompositionVII (black) espresso.